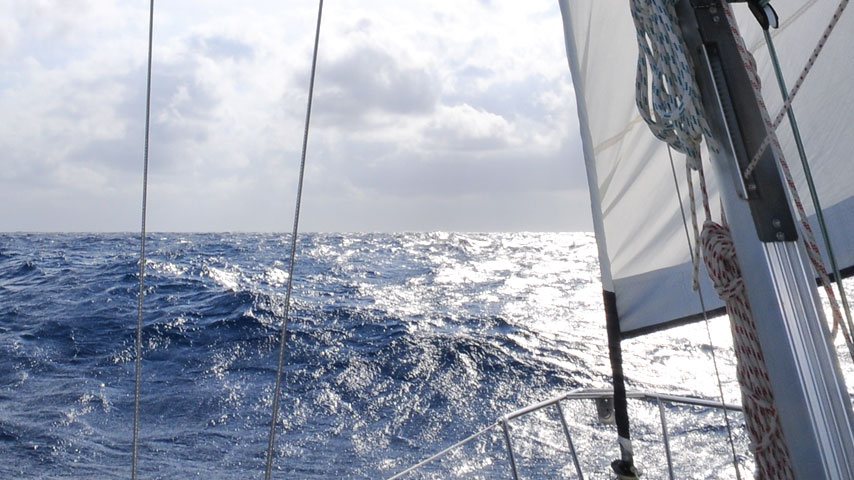 Created by Sir Francis Beaufort in 1805, an Irish born British Admiral and hydrographer.

The beaufort scale was used to estimate the weather via visual observation to standardized each individuals opinion about the state of the wind at sea, where originally one mans gale was another man's fresh breeze!

The scales were originally based on the sail plan of a common Royal Navy ship, the 'Man of War'.

The Beaufort Scale became standard to record on all Royal Navy vessels from the 1830's. In the 1850's anemometer rotations were added, so each scale number corresponded to measureable wind strength, it was also now widely used by commercial shipping.

With the growth of steam power the descriptions for each Beaufort Scale force were changed to correspond to sea conditions, rather than how much sail was set on a Navy 'Man of War' vessel, as they no longer had sails to determine the wind conditions.

In 1946, the Beaufort Scale was extended with extra forces from 13 to 17 for use in certain areas. These are still used in Taiwan and mainland China where Typhoons are common.

The Beaufort Scale is still widely used by skippers and crew. It enables a skipper or crew member to make a very good estimation of the wind force by looking at the sea, then comparing what they have seen to the descriptions in the Beaufort Scale.

Because the Beaufort Scale was corresponded to anemometer rotations, you can convert the scale number you have estimated into wind force in knots, mph, kph and m/s very easily if you need to.

Please select the following link for a pdf version of the Beaufort Scale, the sea state for each scale number, and the corresponding wind speeds in knots, mph, kph and m/s.