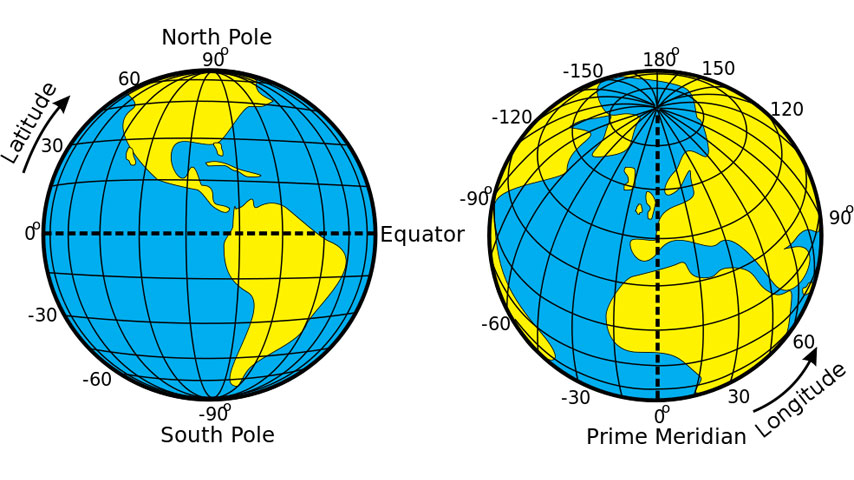 Written by Endeavour Sailing on 04 November 2014.

To accurately pinpoint our position the geographic coordinate reference is given as Latitude first then Longitude and the degree is broken down into minutes then tenths.

The latitude number for degrees is only written with two digits whereas the longitude is three digits – think back – Latitude can only go North or South by 90 degrees, whereas Longitude can go east or west by 180 degrees.  It is good practice to write it in this format as it avoids confusion if someone else is following on from your chart work. 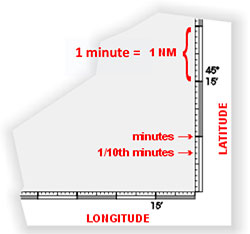 The Longitude scale runs across the top and the bottom of the chart. 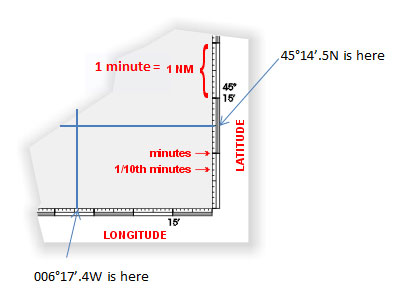